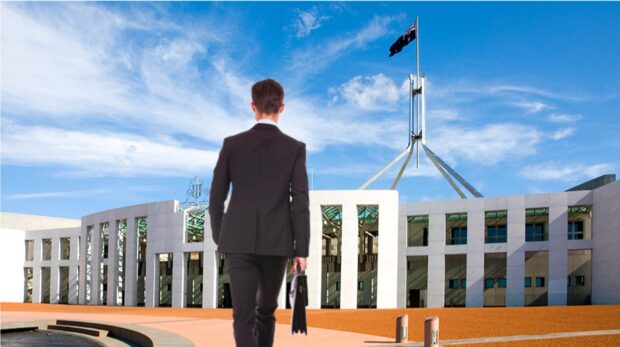 Voting for independent candidates in blue ribbon Liberal seats like Kooyong and Wentworth could lead to instability and a loss of trust in Government, a Liberal Party spokesperson has warned, shortly before filming himself knocking one out on a female MP’s desk in the nation’s Parliament.

“People would totally lose confidence. It would be an absolute shitshow if they got in,” the man told reporters, walking out of the MP’s office and stopping to take a photo of a woman bending over.

Finishing up a call with a Liberal Party donor to confirm a multi-million dollar contract, the spokesperson said a Parliament packed with independents would be a road to ruin. “It’s a recipe for chaos, all trust would vanish. It would be an absolute circus in here”.

He urged people not to vote for ‘so-called independents’, saying a minority government would stifle decision making. “The Government simply won’t be able to get anything done. Now if you’ll excuse me I’ve got a pre-arranged meeting in the Parliament House prayer room to attend”.