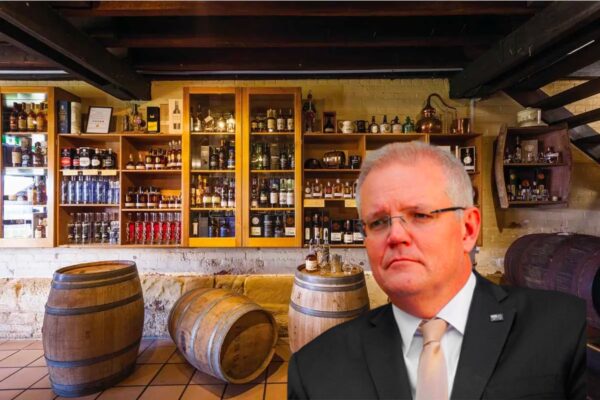 The Prime Minister has promised vital relief for connoisseurs of $250-per-bottle whiskey, confirming a $4.5 million grant for a boutique distillery in Tasmania.

Announcing the funding for the Lark Distillery in Pontville, Morrison said he understood the needs of everyday Australians doing it tough.

“What people are telling me, and what I know myself, is that things are pretty tough right now for drinkers of small batch whiskey. Ordinary Aussies are just trying to put a bottle of limited edition single malt on the table and finding it a real stretch. That’s why I’m pleased to announce this grant today”.

He said his government was committed to making things easier for everyday Australians. “Only a Liberal government can recognise that Mums and Dads around the country are struggling to pay the electricity and gas bills each month and then put taxpayer money into the expansion of a top shelf liquor manufacturer”.