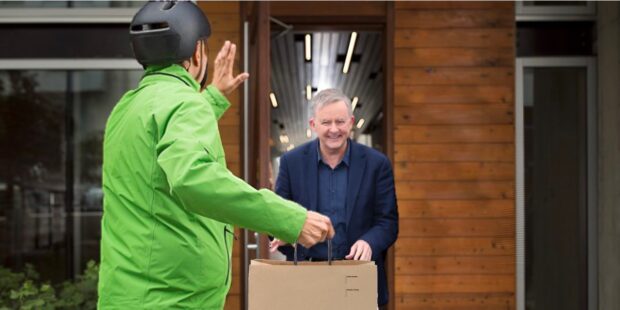 Restricted to his home and unable to campaign for the next seven days, a desperate Anthony Albanese was this afternoon telling his food delivery driver how the place he lives in now is pretty different from the one he grew up during the 1960s, when he and his Mum lived in a council flat in Sydney’s inner west.

“A lot of things were uncertain. But one thing wasn’t. And that was my Mum’s determination to give me a better life than the one she had,” the Labor leader said, as the Uber driver awkwardly asked if it was ok to leave now.

“Mate I’m just here to drop off your pie and chips. Is there anything else I can get you?”

“Of course we didn’t have Uber back then. Had to walk 5km to the nearest shops if we wanted something. If we could afford it, that is,” Albo continued.

“And so on May 21 we face a choice, and my message to Australians is this …”

At the time of publication the conversation was still ongoing.