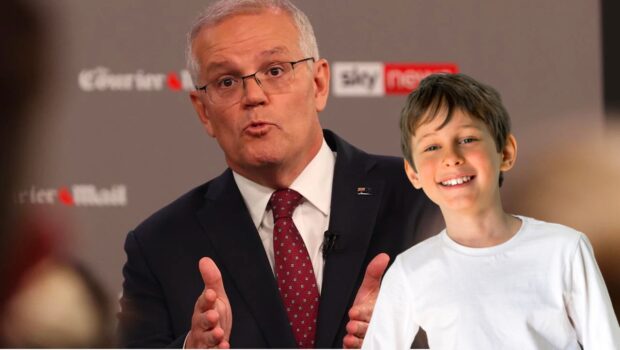 Saying he couldn’t begin to understand what the Prime Minister’s friends, families and colleagues have had to go through, an eight-year-old Sydneysider on the autism spectrum has revealed that he feels “blessed” he was born as absolutely anyone other than Scott Morrison.

“To be such a cock, so much of the time – that’s a hell of a thing to have to endure. I wouldn’t wish that on anyone,” the child said as he watched the Prime Minister in the first televised debate.

The child’s parents also said they felt blessed not to give birth to Scott Morrison. “I’m not sure how you would cope, to be honest. We can only try and understand your aspirations if you were lumped with a child like that,” the mother said, pointing to pictures of Morrison washing someone’s hair, wearing a welder’s mask and sitting in the cockpit of a plane. “It just looks so bloody exhausting having to put up with that behaviour, day in day out”.

They have called for the NIDS to be expanded to include funding to address what they see as a largely ignored disorder.

Tony Abbott was quick to slam the family’s comments, pointing out that “every PM is a blessing.”