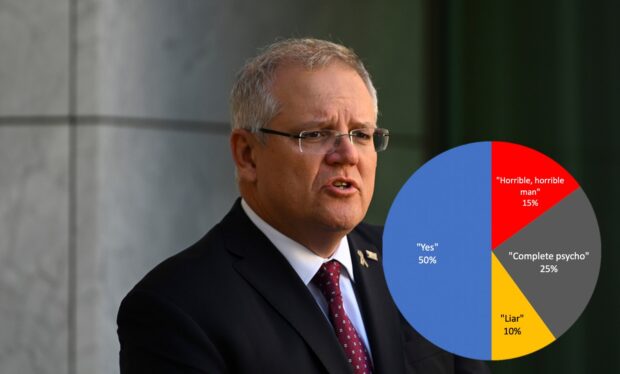 The Government has received an unexpected boost in the latest opinion polls, with roughly half of all Coalition MPs saying they will support Scott Morrison at the upcoming election.

The 50% figure is calculated on a two party preferred basis – Morrison’s primary support within his party is 38%, with 12% saying they would support another candidate, but give their second preference to the PM.

Of those who say they won’t vote for Morrison, 15% of MPs say they think Mr Morrison is a ‘horrible, horrible man’, 10% ‘a liar’ and the remaining 25% ‘a complete psycho’.