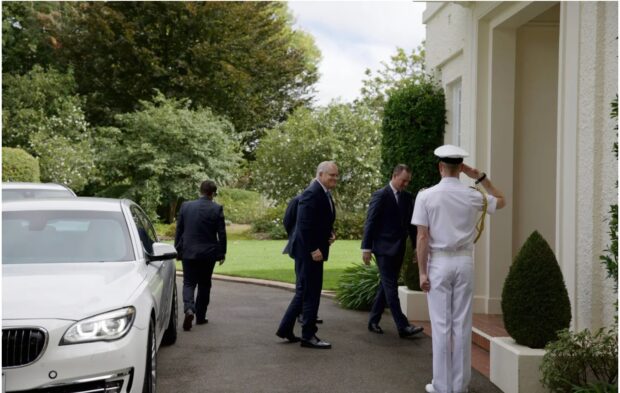 Scott Morrison has ordered a Comcar, driven to Government House and asked the Governor General to issue writs for a federal election, in a display of entry-level competence rarely exhibited by a member of the Government in this term of parliament.

Many observers have described it as ‘the only thing he hasn’t fucked up since 2019’, with some saying they thought he would forget to call an election – much like he forgot to order vaccines, forgot to come back from Hawaii, or forgot whether he was aware of a sexual assault in his workplace or not. But in a rare sign of basic organisational skill, Morrison managed to fulfil his duties as Prime Minister and call an election before the Constitutional deadline.

Election expert Rebecca Bissou said she was surprised Mr Morrison managed to complete the task in one go. “This could well be the most work Scott Morrison has done for three years. And to think he did it without totally messing it up or outsourcing it to the private sector is quite remarkable.

“What’s even more remarkable is that during the six minute trip not a single member of the Liberal Party publicly called Scott Morrison a psychopathic bully.

Get our 38-page election guide