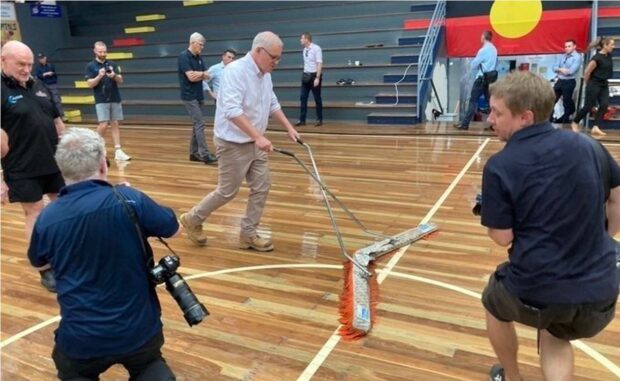 Fresh evacuation orders have been issued for residents of Lismore, with experts warning that the area could be flooded with PR catastrophes from the Prime Minister’s Office for the second time in a month.

Earlier, residents in parts of east and north Bellingen, Newry Island, Urunga CBD and Bellinger Keys were told to leave immediately, lest they be forced to shake hand with the Prime Minister, give over a commandeered piece of work equipment for photo opportunity use, or be completely ignored by the PM when they ask him a completely reasonable question about their concerns.

Speaking to the press this morning, Prime Minister Scott Morrison described the scenes of Lismore’s flooding as ‘distressing’. “This town is just crying out for someone to put on a fun costume and play working-class hero,” he said.

Morrison said it was heart-warming to see images of Australians helping each other, but advised it really should be left until there are professional camera crews to document it for social media.