CLOSE
The Nation
Senator calls Morrison “Corrupt, racist, autocratic bully” in third most stinging criticism of PM from his colleagues this year 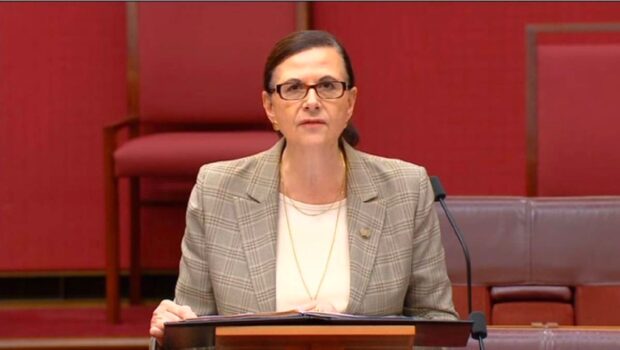 Liberal Senator Concetta Fierravanti-Wells said Scott Morrison is not fit to be Prime Minister, lacks a moral compass, is racist, guilty of corruption and is a bully, in an fiery nine-minute speech that ranks among the top three or four insults of the PM from one of his own colleagues this year.

While Fierravanti-Wells stopped short of calling Morrison a ‘complete psycho’ or a ‘horrible, horrible man’, she did say he was a manipulative bully who used his so-called faith as a marketing advantage.

Sources within the Liberal Party say it’s the most explosive attack on the Prime Minister’s character they’ve seen from someone within their own party since Gladys Berejiklian’s text messages were leaked in late January.

“It’s up there. Certainly the worst thing a member of the Coalition has said about the PM in public this week. It’s probably even worse than when Barnaby Joyce called him a hypocrite and a liar who couldn’t be trusted,” one Liberal source said.

“It certainly suggests she’s spent time with him,” another insider said.