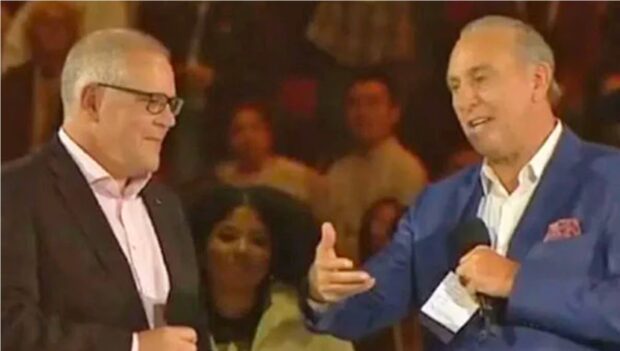 Following reports that Hillsong leader Brian Houston has been stood down from his role for ‘acting inappropriately’ with women, Prime Minister Scott Morrison says he’s never even heard of the guy.

“Sorry, Brian who?” Morrison said when quizzed on his relationship with the controversial religious leader today. “Nup, sorry, not ringing any bells. Wouldn’t know the guy if he was standing next to me on a stage at Qudos Bank Arena in front of 30,000 people at a Hillsong Conference in 2019, I’m afraid”.

Pushed further to recall detail of the decades-long friendship between the two men, Mr Morrison said he was coming up blank. “I mean, apart from referring to him in my maiden parliamentary speech, inviting him to travel with me to meet the President at the White House, and regularly calling him for ‘spiritual guidance’ whenever I’ve forgotten to respond to an epidemic or natural disaster, I can honestly say I’ve never heard of the guy.

“I mean, I’ve heard of the city in Texas obviously. Is that what you mean? No? Ok, I’ll have to ask Jenny then. Maybe she’s stood on stage with him at Sydney’s largest football stadium, saying a prayer for Australia”.

Morrison later responded to pressure to reveal further detail, saying he would set up an inquiry to determine whether he knows Brian Houston or not.