CLOSE
The Nation
How white is the Great Barrier Reef? We’ve made a handy scale 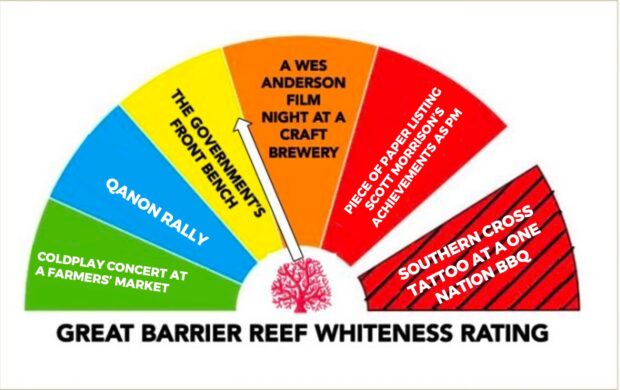 There’s been a lot of talk recently about the continued whitening of Australia’s Great Barrier Reef. But how white are we talking? Is it as white as a Wes Anderson film night at a craft brewery in Fitzroy? Or more like a Coldplay concert at a farmers’ market? Or, is it getting so bad that it’s more like a conversation about a southern cross tattoo by a conspiracy theorist at a One Nation BBQ? Our handy new alert system is here to help.