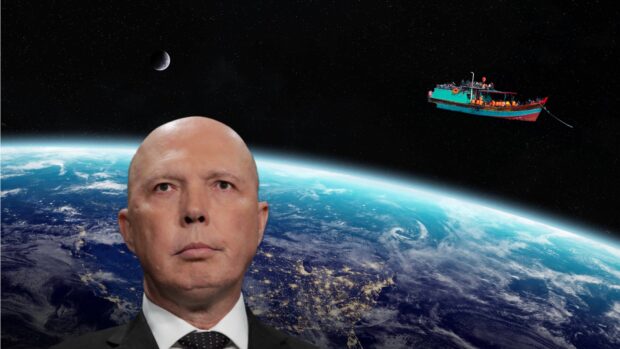 Warning Australia had to remain alert to the full range of threats posed by people arriving on boats, Defence Minister Peter Dutton today announced the establishment of a new Australian space force that will search the outer galaxy for signs of unauthorised vessels.

In a speech today, Mr Dutton said boats arriving in Australia remained the biggest threat to our quality of life and smashing the business model of people smugglers was the nation’s top priority.

“The last thing we want to do is give people smugglers a free ride by allowing them to come in the back door,” he said. “As we know, they will try all sorts of cunning tactics to land on our shores, whether that’s sneaking in via Christmas Island or slipping in the back door via Venus”.

Under the plan, Australia will spend $200 billion on a fleet of space ships which will patrol the region between Australia, Mars and Venus, turning back any boats they intercept. Mr Dutton did not rule out setting up a detention centre on the moon.