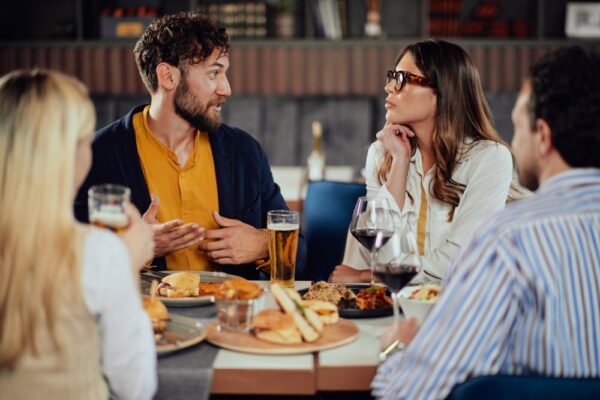 Figures released today show that the number of conversations about house prices continues to rise in Australia, with social gatherings in some suburbs becoming simply unbearable. Conversations were up 23.7% across the country compared with last year, with the growth even higher in Melbourne and Sydney.

Robert Erskine from The Real Estate Conversations Institute said there were no signs of a slowdown in discussions about how a run-down three bedroom semi-detached townhouse sold for double what it would’ve five years ago. “There are still some suburbs where you can attend a social function without conversations about house prices, but it’s becoming more difficult,” he said.

Mark Fitch from Richmond in Melbourne’s east, says he knows a guy who went out with friends in North Fitzroy three years ago where there were just four conversations about house prices. “If he went out there with friends today, there’d be minimum six, probably seven conversations. It’s just crazy”.

“That’s nothing!” said Mark’s friend Jenny, before telling her own, really interesting story.

Simone Hannity from Sydney’s Inner West said she feared being shut out of conversations with friends if she didn’t have a pithy anecdote about how a knockdown in Redfern went for 40% above reserve. “I’m in my mid thirties and I don’t have a single thing to say about property, and I’m starting to wonder whether I ever will. It’s getting harder and harder to join in social groups if you don’t give a shit about house prices,” she said.