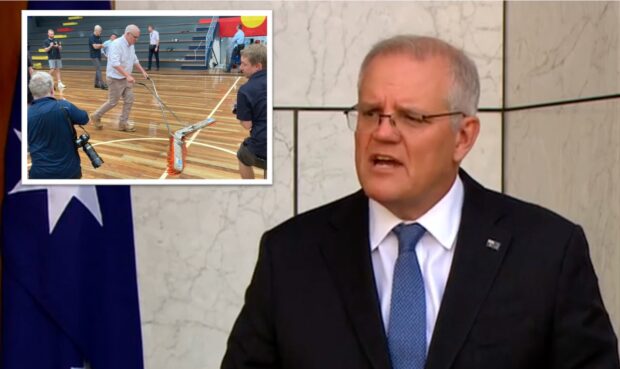 In an emotional mea culpa today, Prime Minister Scott Morrison has admitted he got it wrong on the Government’s response to the devastating east-coast floods and should have had photographers on site much sooner.

“To those of you in the communities of northern NSW and south-east Queensland, I am sorry. While we now have hundreds of professional camera crew on the ground in those areas, I acknowledge that this should have happened ten days ago”.

The Prime Minister said he’d listened and he’d heard the concerns of communities. “I’ve heard stories of people trapped on roofs, of people who have lost everything. And what they needed in that moment was a photo of a middle-aged man sweeping a basketball court. Or at the very least some soldiers pretending to push a wheelbarrow.

“The truth is, I was in quarantine. And as you know, staging photographs of me checking my phone in my boxer shorts takes up a lot of resources, and that’s why we were so thin on the ground initially in these food zones.

“But we’ll learn from this. Already I’ve asked my department to look into ways of getting more photographers to disaster areas more quickly. We’ll throw whatever it takes at this to get it right”.