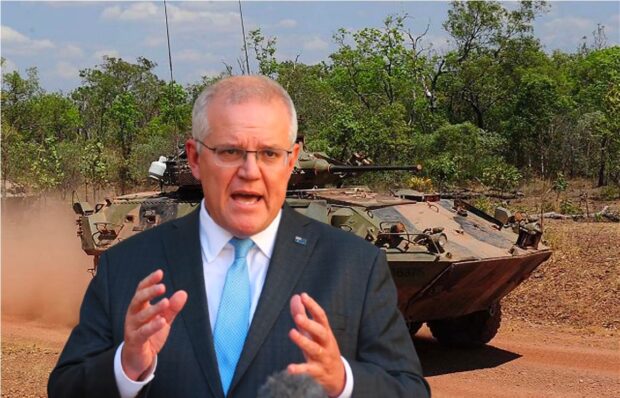 Scott Morrison has asked China and other adversaries to give him a heads up before they launch any military attacks on Australia, so he can take the time required to swing the ADF immediately into action. The request comes after the Prime Minister explained that the ADF’s support to the Lismore floods was slow because they “aren’t available to respond at a moment’s notice”.

Many Australian regiments are now having to change their mottos to reflect the new policy. The Army’s 1st Armoured Regiment’s motto will be changed from ‘Paratus’, which is Latin for ‘prepared’, to the more appropriate ‘Quandoque’ meaning ‘Whenever’. The First Command Regiment will change its motto from ‘Strike Swiftly’ to ‘Strike Sometime Next Week Once We Have The All-Clear From The Prime Minister’.

Given the rising threat of natural disasters and sabre rattling from China and Russia, the Australian military has been told to lift their defence protocols to “DEFCON Meh” so that the military can be ready to defend Australia or assist its citizens 10-12 days after civilians are forced to do everything themselves while choppers buzz overhead for photo opportunities.

Scott Morrison said he would “continue to support our troops as they help his re-election campaign with some good PR collateral.”