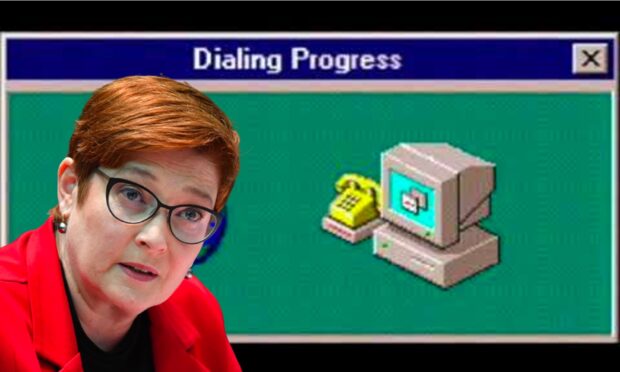 Ukraine has turned down the cyber support offered by Australian Foreign Minister Marise Payne this week, saying being at war with Russia was bad enough without having their internet ruined as well.

“As much as we appreciate the thought, taking on Australia’s internet would be a massive step backwards. Our buildings and roads may soon be destroyed by Russia. There’s no need to destroy our broadband too,” a Ukrainian official explained.

He said the country had enough on its hands at the moment. “We really don’t want to have to reteach people how to use Internet Explorer and Windows 95 while we’re defending our cities from advancing Russian troops”.

The UK and US were quick to blame Russian intelligence for a series of cyberattacks against Ukraine’s major banks. Australia had to take the other two countries’ word for it as the NBN was not quite enough for Australian intelligence agencies to pick up what is going on.

Given the Australian Government’s failure to deliver suitable internet infrastructure in its own country, the proposed support is expected to take to form of unplugging and plugging back in a router and teaching Ukrainians how to use the Ctrl+Alt+Del function. In an online video call this morning, Marise Payne confirmed that “Australia will continue to provi … vi … tal …. port … f … Ukraine”.