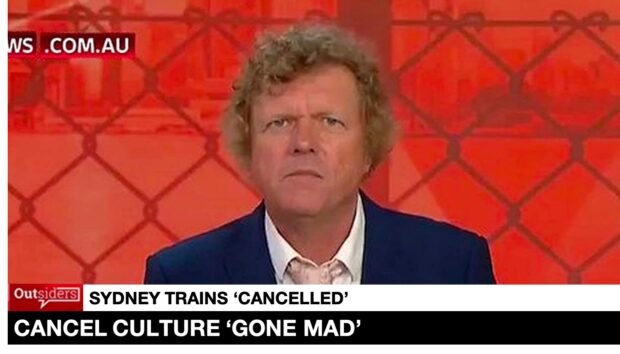 Calling it ‘cancel culture gone mad’, Sky News hosts including Rowan Dean and Andrew Bolt have blamed the ‘left wing Twitterati’ for Sydney’s train cancellations, saying the trains must have misgendered someone or made an offhanded comment about trans athletes.

“Here we go again,” Andrew Bolt said on his show this morning. “Some train has obviously spoken its mind about some issue, or used the ‘wrong’ word to describe someone and all of a sudden the entire network is cancelled, according to Twitter.

“Isn’t it telling that every single train in Sydney got cancelled on the same day. Proof of how bad cancel culture has become”.

Rowan Dean said he always knew it was only a matter of time before cancel culture shifted from human beings to locomotives. “I’ve said it so many times on this show before – if cancel culture goes unchecked, it snowballs. One minute JK Rowling isn’t able to speak her mind about breast feeding. Next thing you know I can’t get the 8:25 am train to work on a Monday morning”.

He said he wasn’t aware of what so-called ‘crime’ the trains had committed to warrant being cancelled, but assumed it was something that offended the woke crowd. “Who knows what the trains have done? They probably made a joke about gay people or weren’t supportive enough of Black Lives Matter. I can’t keep up with this woke rubbish anymore”.