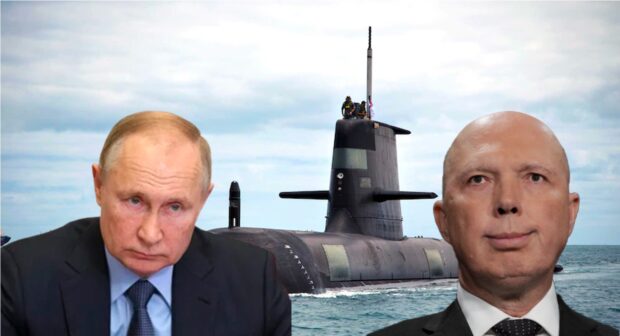 With Russia’s invasion of Ukraine seemingly inevitable and NATO forces mobilising along the Ukraine/Russia border, Australia has confirmed it will be there on the front line with tanks and submarines in 2052.

Minister for Defence Peter Dutton was seen putting in extra hours around the office in preparation for Australia’s effort, Tweeting every journalist who called the tanks a waste of money “Haha who’s laughing now”, and roaming the hallways of Parliament making tank track noises while shooting spitballs out of a straw in his mouth he is calling his turret.

Craig Kelly has offered to help draw up plans to strap the submarines to the top of the tanks and create an army of super tankers.

To ensure the war is still going in 2052, thus facilitating a need for Australia’s multi-billion purchases, the Government has not dedicated any troops to the front-line effort and instead will be unleashing its super weapon, Tony Abbott, who is dedicated to ending the war by personally shirt-fronting Vladimir Putin, finally making good on one of his promises as PM.