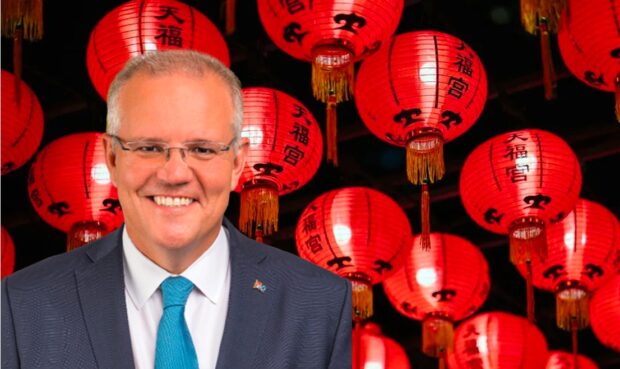 The government will use racist tropes and fear campaigns to win the upcoming election, Prime Minister Scott Morrison has told the media in a frank pre-election briefing. It will be the first federal election fought on racism since 2019.

Laying out the strategy for the coming months, Mr Morrison said he was excited about the campaign his party has in place. “In the past we’ve used racist stereotypes of Muslims and Africans to whip up fear and incite hatred in the hope that it will increase our vote. But this year, I’m excited to announce that we’re going back to our roots with a campaign that shits on Chinese people,” the PM said.

“You’re going to hear the word ‘China’ a lot over the next few months. You’ll see leaked photos of Anthony Albanese eating spring rolls, you’ll hear stories about Tanya Plibersek buying Chinese-made goods, apparently Bill Shorten has a Chinese friend, so you’ll be hearing more about that, and we’re working on a racist nickname for the leader of the opposition as we speak. ‘Japanese-y Albanese’ is what we’ve got so far – it’s the wrong country, sure, but I’m sure you’ll agree that doesn’t really matter. It’s the right part of the world”.

Morrison said he was confident Australians would respond well to the racism. “We know from years of experience that nothing gets voters more concerned about their future wellbeing than the prospect of seeing someone with a different colour of skin. Sure, a significant minority of Australians are actually of Chinese background, and China is our largest trading partner. But let’s not get caught up in details or logic.

“What’s important is that you print all of our racist lines verbatim. Maybe do up a cartoon of Albo with slanty eyes and little Chinese beard. What’s that Johannes? You’ve already started working on one. Great, that’s the type of thing we’re after”.

Asked what he would do if he was accused of racism, Mr Morrison said he would simply post a photo of him cooking a Sri Lankan curry. “You can’t be racist if you cook Indian food”.

Immigration Minister Peter Dutton said he was currently trying to orchestrate a photo of Chinese immigrants on a boat.