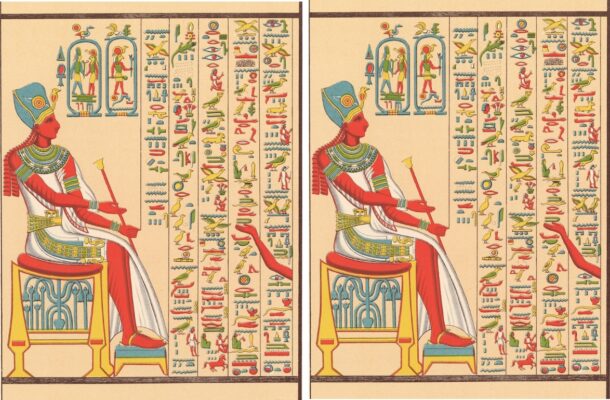 A set of newly-uncovered drawings show ancient Egyptians discussing how Wordle has totally jumped the shark since it was bought by the New York Times.

One drawing depicts an Egyptian man showing his friend how he correctly guessed four out of the five hieroglyphics on his first go, but then wasted the next five guesses trying to pick the fourth hieroglyphic. “You’ve got to be fucking kidding me!” he shouts.

The story continues in a second picture, in which the man claims he’s not going to play Wordle anymore. “Is it just me? I swear it’s got harder since it was sold to the New York Times. I mean, what even is that word. Is it a word?”

His friend replies, “I know, right? And is this going to be a thing now where the fourth hieroglyphic could be literally a hundred different things? It’s so shit. They’ve gone and taken the one little joy I have in my day and messed with it. Fuck the New York Times”.

A third picture shows a different man posting his one-row Wordle result on a wall, with the caption, “Pretty easy one today. I don’t know what all the fuss is about”. A comment below his post describes the man as a dickhead.