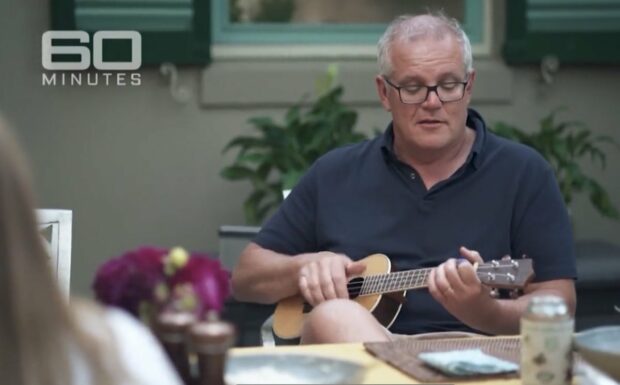 The Prime Minister has been charged under new laws designed to stop people antagonising others in digital mediums.

Footage of Mr Morrison singing while playing a ukulele was deemed to be inappropriate, offensive and upsetting.

“No-one should have to see this shit,” an official statement from NSW Police said. “It is distressing, it is unnecessary and it’s totally out of tune”.

Legal experts say the footage was unnecessarily irritating. “You’re trying to eat your dinner or have a serious conversation, and then all of a sudden this goon pops up with a miniature guitar and a plate of samosas … sorry ‘ScoMosas’. I called the police immediately,” one lawyer said.

The footage, featuring the Prime Minister playing an instrument usually associated with Hawaii, was said to be ‘totally out of touch, but totally in keeping with this Prime Minister’s sense of appropriateness’.

If found guilty, Mr Morrison could have his social media accounts suspended, meaning the Australian public may never know what curry the Prime Minister is pretending to cook tonight.