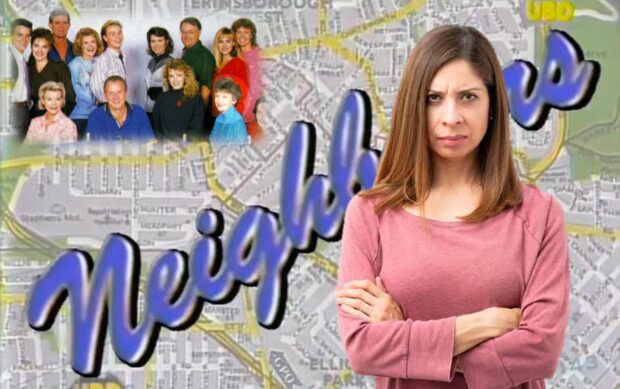 A woman who hasn’t watched Neighbours since Scott and Charlene tied the knot in the late 1980s says it’s a travesty that more is not being done to support the locally produced show, after it was announced it would not be renewed next year.

“Those characters – Scott, Charlene, Henry, Harold and those other more recent ones from the past 32 years that I can’t name right now – are like family. I can’t think why they’d be taking it off air”.

She said it was an outrage that the show wasn’t receiving more support. “This is an essential part of our culture – of being Australian,” said the woman who was currently working her way through Euphoria and the Sex and The City reboot.

She said she didn’t know what she would do with herself at 6:30pm weeknights now. “I certainly won’t be watching Neighbours, that’s clear”.