CLOSE
The Nation
Michaelia Cash confirms “No time for Federal ICAC, what with all the scandals!” 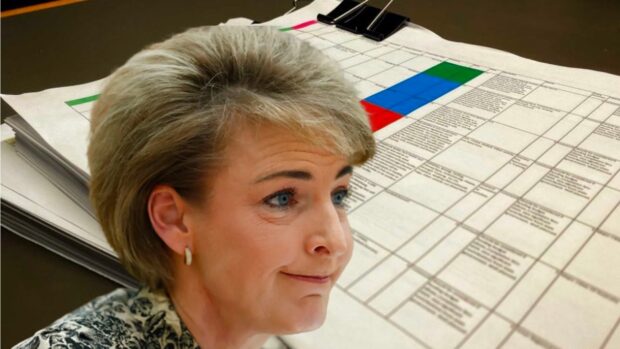 Attorney-General and Australian whiteboard peek-a-boo finalist, Michaelia Cash confirmed the government has been so flat-strap dealing with scandals and corruption they’ve simply not had the time to implement a Federal ICAC.

“It’s an important piece of legislation that the Australian people are begging for, but we’ve just been too busy” the Attorney-General screamed.

“I’ve got a hundred colour-coded spreadsheets to read through, there are documents that need to be forged and 250 sporting grants to allocate. And that’s before I even get to the purchase of land from a Liberal party donor. I certainly haven’t got time for an anti-corruption commission!”

She said it would not be possible to squeeze in an ICAC now. “The Coalition has only been in power since 2013. How would we find time to establish a federal body of corruption?”

Prime Minister Scott Morrison backed Senator Cash and explained that the Government had been in a unique situation, “We’ve had to deal with more scandals in three years than the Howard government did over the course of its 11 years. So if that’s not a testament to how busy and successful our leadership has been, I don’t know what is!”

Cash had the final say on the matter stating, “It would really free up a lot of time to create a federal ICAC if only we could just have someone else dealing with all the corruption,” she yelled before turning into a bat and flying into the rafters ending the press conference.