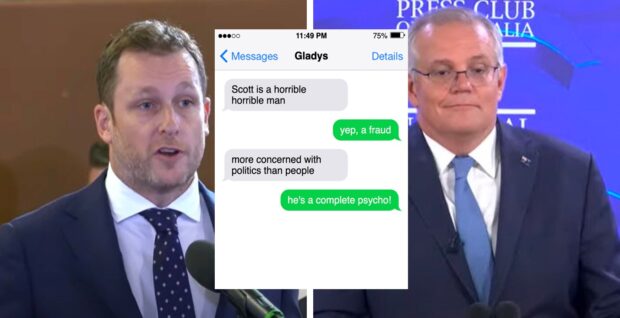 Australians have heard the alleged text message exchange between Gladys Berejiklian and a cabinet minister and are stumped as to which part is supposed to be shocking.

Watching journalist Peter van Onselen read out the text exchange in which the former NSW premier described Morrison as a ‘horrible, horrible person’ and ‘more concerned with people than politics’, one man summed up the mood by saying, “mmm hmmm, yep, ok. Sorry which bit is the explosive revelation again?”

As the text exchange continued to be read out – in which Morrison was described as ‘untrustworthy’, ‘a fraud’ and ‘a complete psycho’ – Australians nodded along, eagerly waiting for the new bit of info about their Prime Minister.  But it never came.

One woman assumed there must be more to the exchange that is yet to be released.“The text exchange just abruptly ended, and I think we were all left thinking, ‘ok, we know all of that stuff already, but where’s the big scoop? What’s this insider gossip that we don’t know about?’ Maybe the video got cut off or something”.