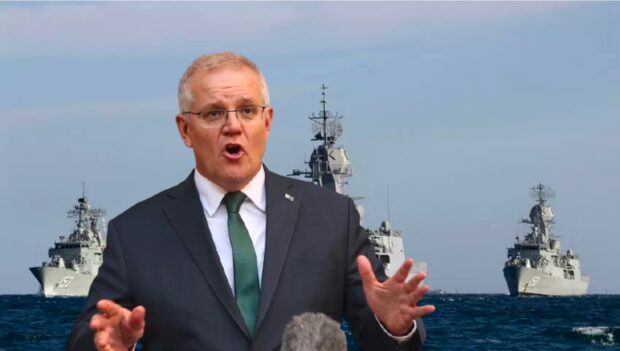 Prime Minister Scott Morrison says he isn’t influenced whatsoever by political polls, reminding journalists that every minute wasted talking about Newspoll was a missed opportunity to talk about the threat of Australia being bombed.

With the latest Newspoll showing the Coalition could face an electoral wipe-out, Mr Morrison said the only poll that mattered was the one on election day – a precious democratic process that could be destroyed if the increasing aggression from the Chinese state wasn’t neutralised by Australian warships.

Asked whether the latest polls were proof the Australian public had lost faith in their Prime Minister, Mr Morrison said that it was an inappropriate question to ask given Australian fighter jets were set to bomb Beijing within days.

“While you’re all obsessed with polling data, I’m focused on launching and winning a war. And I suggest that’s where the majority of Australia’s attention will be focused too, once you publish the contents of this press conference”.

Mr Morrison said the war would last as long as it takes to restore the Coalition’s primary vote.