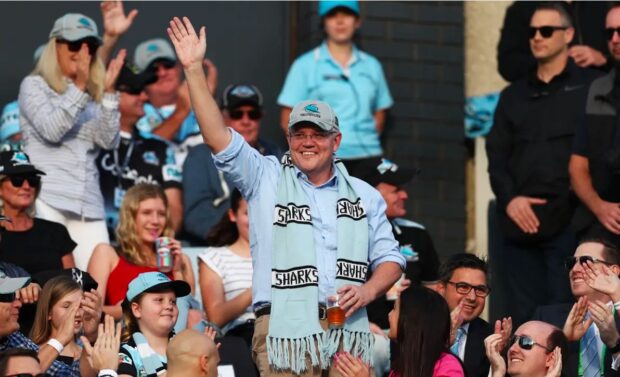 Scott Morrison says the constant jeers he gets everywhere he goes are in fact a reference to a celebration popularised by Portuguese soccer player Cristiano Ronaldo (and more recently Nick Kyrgios) and not a sign that people fucking hate him.

“I’m hearing it more and more. It’s just the way Australians are demonstrating their unanimous approval of all the popular, well thought-out, evidence-based policies,” Morrison said while on a shopping centre tour, as the familiar ‘chant’ broke out again.

“I’ve always thought of myself as the Cristiano Ronaldo of politicians,” Morrison said. “Always scoring tries for Australia.”

Morrison confirmed the chant had also found its way into National Cabinet meetings. “It’s really quite humbling. The Labor guys chant it the loudest, which is a surprise! But Dom, Steven and the guy from Tasmania get into it as well!”.

Morrison said the loudest of the cheers came when he pitched his idea of putting kids on forklifts. “The room filled with raucous applause. I always knew the idea was a winner… but wow! They were cheering it so loud I couldn’t even get a word in, and they didn’t let up until I left the room!”