CLOSE
The Nation
Morrison rejects criticism: “Don’t blame me, I didn’t do anything!” 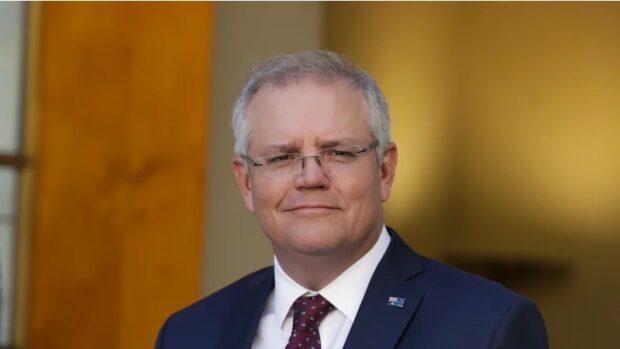 Scott Morrison has issued a formal non-apology to Australians, saying he can’t possibly be responsible for the shortfalls in supply chains, exploding COVID case numbers or the lack of rapid tests because he’s had nothing whatsoever to do with any it.

Speaking to journalists this morning, Morrison said it’s absurd for him to be held accountable for something he hasn’t done. “You’ve seen queues, you’ve seen rising cases, you’ve seen pressures on hospital systems, you’ve seen disruption to supply chains, you’ve seen shortages of tests. I haven’t spent a single minute on any of these issues.

“These are all problems for someone else. Someone else who can’t have a fish flown in from Humpty Doo amid supermarket shortages. We’re waiting for whoever they are, to put their hand up and solve this problem for us. The clock is ticking!”

He said it his team was looking into who was responsible for the country’s current situation. “As the old adage goes, failure to plan is someone else’s fault, probably Labor’s.”

Treasurer Josh Frydenburg rushed to the defence of the PM saying, “This is not a special case – we are seeing the same problem all over the world. Just look at the UK. It just can’t be helped and has nothing to do with similarly dogshit leadership from someone who fell arse-backwards into a Prime Ministership after their boss resigned.”