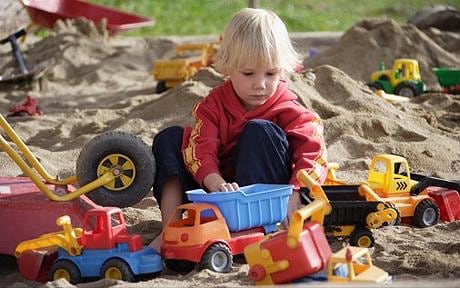 The Morrison government’s proposal to let children operate forklifts to help with supply chain issues across Australia comes as good news to some. Such as toddler, Bailey Adamson (age, “this many”) who this week mastered the big slide at the playground and has stated he’s ready for his crane license.

“I want the blue cup, also I want to drive the crane and I want a balloon from the man over there” explained Adamson before making truck noises and running around the sandpit.

The idea for children to operate cranes appears to have been drafted during Josh Frydenberg’s fever dreams while he was on leave with Covid 19. The plan is supposed to help with supply chain issues along with other great ideas from the same fugue state such as letting asymptomatic people carrying a virus handle raw chicken for the public.

Frydenberg has criticized the media for over catastrophizing the idea of children operating forklifts. “Of course, we mean teenagers, who as we know are famous for making good, rational decisions behind the wheels of heavy machinery and we’re confident that most of them have not been ripping gravity bongs.”

When asked if the age should perhaps be lower than that of teenagers, Bailey Adamson, was unavailable for further comment as he had a mouthful of playground sand and his Mum said it was nap time.