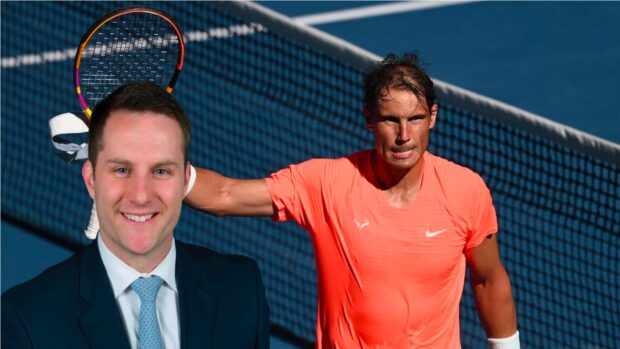 Saying it was running out of new and peculiar ways to shift the focus from its inability to plan for the Omicron wave of the virus, the Government has confirmed that it will move to cancel the visa of crowd favourite Raphael Nadal, and hadn’t ruled out deporting Australian number one Ash Barty if that’s what it takes to distract from the COVID crisis.

Prime Minister Scott Morrison said they were left with no other option but to boot the Spanish champ. “We’ve re-announced a $3.5 billion tank purchase, destroyed diplomatic ties with France, said teachers should be sacked for being gay and totally ballsed up the deportation of the world’s number one tennis player. But while these things worked as a distraction for a while, the fact is we still haven’t got any RATs, supermarket shelves are still empty, and Peter Dutton’s monthly declaration of war with China isn’t due until next week. So sorry Raph, you’re out”.

Immigration Minister Alex Hawke said choosing Nadal was a straight-forward decision. “The sane thing to do with a popular player who has hasn’t done anything wrong would be to do absolutely nothing and just let him play. So we obviously we can’t do that”.

Asked if a war with Serbia was possible given the fallout over the Djokovic case, Immigration Minister Alex Hawke said, “I certainly hope so. A war would be a really great distraction right now”.

Nadal will be arrested on centre court this afternoon.