CLOSE
The Nation
Government deports itself for stoking anti-vax sentiment 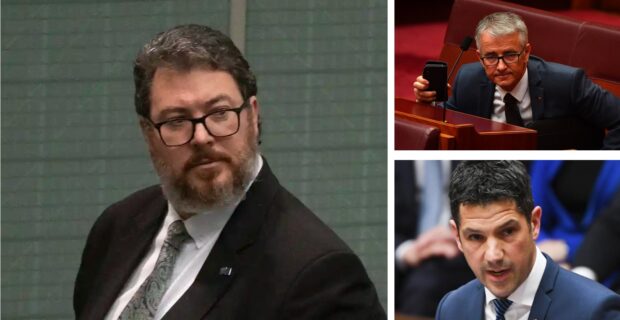 The Australian Federal Government has told itself it must leave the country immediately, after it was found to be openly ‘stoking anti-vaccination sentiment’.

In a statement this morning, Immigration Minister Alex Hawke conceded the Government is a risk to civil order and public health given at least two of its members have been openly posting anti-vaccination articles on social media.

George Christensen called for civil disobedience in response to vaccination rules and appeared on the television show of US conspiracy theorist Alex Jones. Gerard Rennick shared dozens of anti-vaccination posts, including one from a prominent anti-vax leader who has previously called for the execution of Jacinda Ardern. Alex Antic voted with One Nation to scrap vaccination mandates and allegedly misled the Prime Minister on his own vaccination status.

“Given the Government’s high-profile status and position as a role model in the broader community, its ongoing presence in Australia may foster similar disregard for the precautionary requirements following receipt of a positive COVID-19 test in Australia,” Mr Hawke said.

The Government has a right to launch an appeal, but it is believed that it will make it as difficult as possible for itself by cunningly delaying proceedings until late on a Friday afternoon. “We can’t help it, it’s just second nature for us to manipulate things like this,” Mr Hawke said.

It is unclear where the Government will go once it is asked to leave Australia given it will not have the right to enter any other countries. “We’ll probably have to just lock ourselves in a hotel in Carlton for nine years,” Hawke said. “Although George Christensen will probably go to The Phillipines”