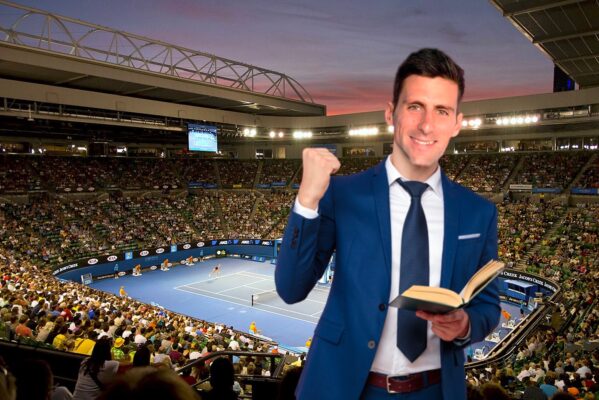 Saying he was just here to share God’s light, Novak Djokovic – or as he is now more commonly known Pastor Djokovic – will be allowed to take part in a special fortnight-long Hillsong youth camp which is definitely not an international tennis tournament.

Djokovic was set to be deported from Australia, but the Government gave him a late reprieve after they learnt he was part of a Pentecostal festival and not here for a global sporting meet. “Rules are rules. Except when it involves religion. If only he’d mentioned earlier that he was here with Hillsong we would’ve waved him through at the airport,” a Government spokesperson said.

Tennis Australia were quick to clarify that the ‘summercamp’, which will involve two competitors hitting a yellow ball back and forth across a net, was not similar to an ATP grand slam in any way.

“Like we’ve always said, this is an annual youth camp,” CEO Craig Tiley said from centre court at Melbourne Park. “Sure, there are ballkids, linespeople, a central umpire and two players with racquets and tennis balls, but that’s only a small part of the program”.

Pastor Djokovic said he was looking forward to defending his title accepting Jesus into his heart, starting next week.