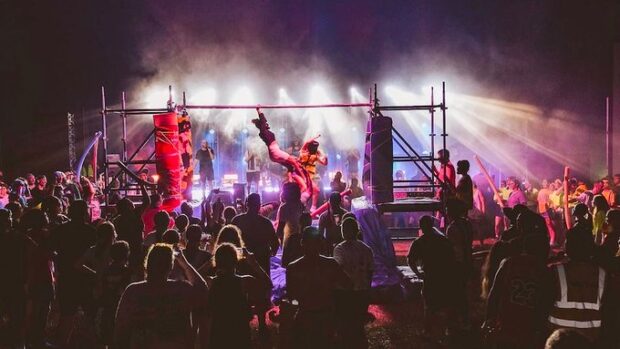 Saying they had never heard such utter shit before, NSW Police have asked Hillsong Church to stop playing music at their summer youth festival immediately, in the interests of public health and safety.

“It’s 2022. We simply can’t be having this type of event right now. Or ever really. Have you heard this shit?” Superintendent John Latherby said.

“It’s nauseating. It’s like a listening to a bunch of 13 year-olds do a late-night karaoke rendition of the most cringeworthy 80s love songs you’ve ever heard. Except they’re sober. And the love interest is Jesus. No one needs to be subjected to that”.

NSW Health backed the measures, saying the wellbeing of all citizens was paramount. “We’re in the middle of a crisis right now. The last thing people need to hear is that tedious shit over and over again. We need to look after people,” a spokesperson said.