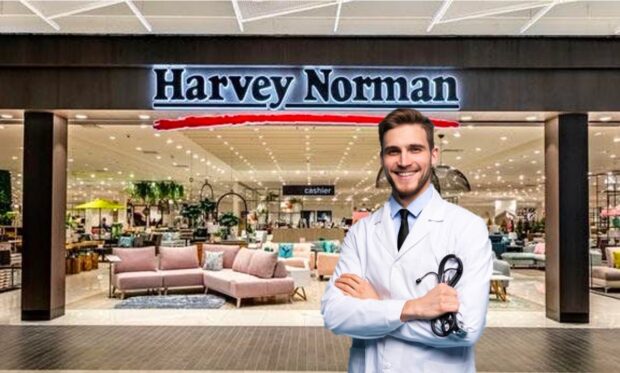 Furniture retailer and rapid antigen test supplier Harvey Norman has been appointed by the Government to run the nation’s hospitals, in a deal Scott Morrison says makes common sense.

The Prime Minister said under the plan healthcare would continue to be free for all Australians. “There will be no interest, nothing to pay. For the first 50 months. And then patients will be asked to pay a very reasonable fee for their healthcare, plus a $500 handling fee and around 1400% interest”.

“It’s about convenience too. A lot of people tell us it’s a hassle to get to an emergency department. Under this plan you’ll be able to browse for a new sofa in the morning and then pop out the back to get your appendix out in the afternoon”.

Mr Morrison said he got the idea when he heard that hospitals were running short of beds. “And then I thought, I know who has a lot of beds … Harvey Norman. A great range of beds at prices that won’t be beaten. It really is just common sense”.

A spokesperson for Harvey Norman said they had plans for some CRAZY deals on reconstructive surgery. “Our half-yearly clearance starts next week. Shop instore for your kidney transplant and get a FREE $50 Harvey Norman gift card!”