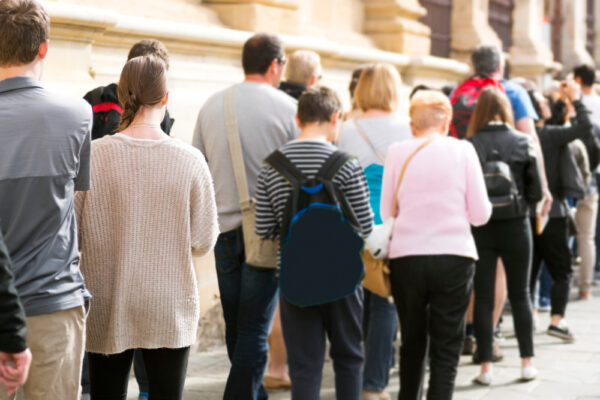 A Sydney man has contracted and is now clear of COVID-19 after spending 14 days queuing at a testing facility.

Mark Herbert, 32, says he first started to show symptoms a fortnight ago, soon after he took up his place in the queue. “Literally only a day or two in I could feel the sore throat coming on,” he explained.

“So I thought, ‘I’d better get tested’, and then I remembered I was in the queue for a test already, from back when I got a runny nose earlier in December”.

He said things got pretty bad on about day six or seven. “By then it was getting pretty excruciating – standing in a line for that long is pretty tough on the body. The COVID symptoms were starting to get worse too”.

Eventually as he worked his way to the front of the queue the symptoms began to subside. When it was his turn to be tested this morning he was pretty certain he would return a negative result. “I’ll let you know when the result comes back next month,” he said.

He has now rejoined the queue to get his day 6 test, which he missed due to being in the queue.