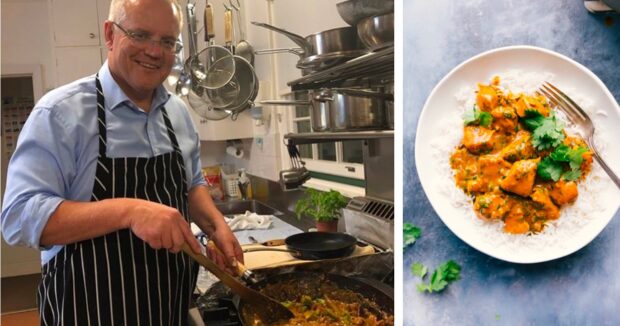 With the nation facing its highest COVID case numbers ever, and testing facilities stretched to their limit, PM Scott Morrison made an urgent address to the nation this afternoon to announce a new Sri Lankan curry which he says is now one of his favourites.

Asked whether his government would be coordinating the purchase of rapid antigen tests, Mr Morrison said this particular curry went well with jasmine rice, although basmati rice would work as a substitute if necessary. “Feel free to add your own personal touches – whatever works for you,” he said.

Mr Morrison rejected claims he always ran away from a crisis, saying just last week his family had run out of coconut milk. “And I was quite decisive about it. I asked Jen to immediately buy some more,” he said.

Adelaide resident John Radison said he had been in a testing queue for more than 6 hours, the perfect simmering time for a chickpea and vegetable masala, according to the Prime Minister.