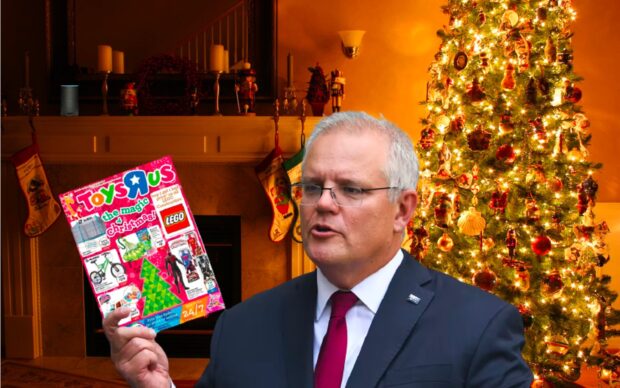 Despite neglecting to buy Jen and the girls any presents this year, Scott Morrison has called an official family conference to announce that there will be ten million gifts arriving under the Christmas tree on Saturday morning (or possibly mid-way through next year).

Mr Morrison was tetchy when pressed for details, promising that the girls would be first in line for the presents, which included a new trampoline and a swimming pool.

As doubts began to emerge as to the veracity of the claim, Mr Morrison became defensive, pointing to a photoshoot of him holding a 32-page Toys R Us catalogue, which he said proved the presents had been secured.

When Jenny asked to see receipts of the purchases, Mr Morrison snapped, “I’ve already answered that,” before declaring that he didn’t accept the premise of the question.

He later denied ever making the announcement, saying he wouldn’t cop sledging of Australia. “I never said I was buying a trampoline and frankly the imputation that I did is offensive,” he said, adding that it was irresponsible to be asking questions about Christmas presents when there was an immanent threat of war with China.