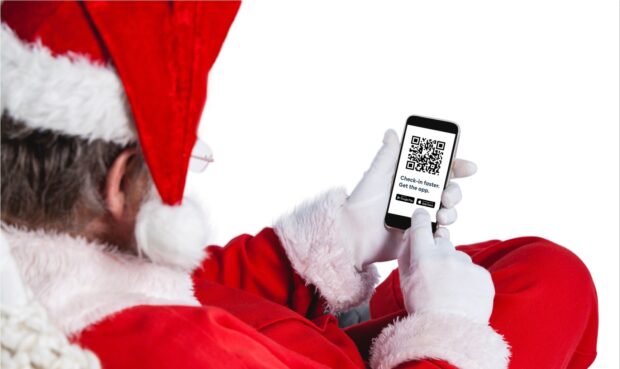 Children around the world have been told to expect extended delays on their Christmas presents following Santa’s realisation that he’ll have to scan a QR code every time he enters a new chimney.

A stressed Santa Claus said he hadn’t factored check-ins into his Christmas eve delivery schedule and was concerned he was already running behind. “Each state and jurisdiction has a different app I need to download. I’ve got to sign-up with all of my details and wait for a confirmation text, and that’s before I even get on the road. It’s a nightmare,” he said.

Santa said that there were other requirements to consider too. “Some chimneys require a proof of vaccination, some of which are linked to the check-in app, others which aren’t. There are states that require me to have had a negative test result within the past 72 hours, and then get another test on arrival. Have you seen the queues for testing recently?

“And then once I’m on the road, I’ll have that whole thing of standing there with my phone trying to get it to recognise the bloody QR code while holding a bag full of presents in my other hand. I’m really not looking forward to this”.

The exception will be New South Wales where Santa will be able to do whatever the fuck he likes. Santa has been denied entry into Western Australia.