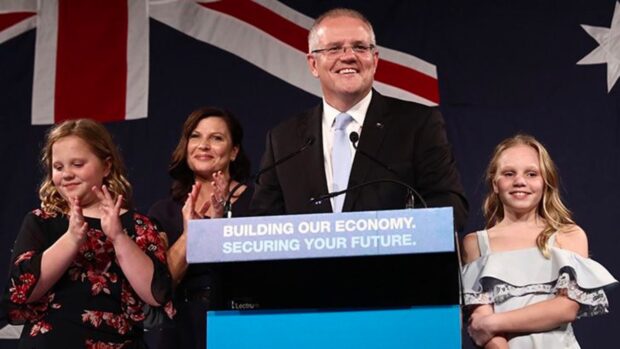 The Coalition’s 2019 ‘miracle’ election victory involved God using a colour-coded spreadsheet to direct taxpayer funds to key marginal electorates, it has been revealed.

After the win, Morrison said he ‘always believed in miracles’. Now, with new analysis showing that Coalition seats received hundreds of millions of dollars more in funding, the PM says it is proof that God works in mysterious ways.

“I was as astonished as anyone when God said he was going to misappropriate Australians’ money by funnelling it to battle-ground electorates. But then God is always full of surprises,” the PM said.

“It was truly phenomenal. My seat of Cook received $8 million in grants whereas Opposition Leader Bill Shorten’s received less than a mil. Isn’t God amazing!”

The miracle was particularly noticeable in ultra-marginal, must-win seats such as Braddon which received $83 million in funding. “It’s just incredible that the seats that were vital to winning the election were also the ones that received the most funding,” Morrison said. “What a miracle!”