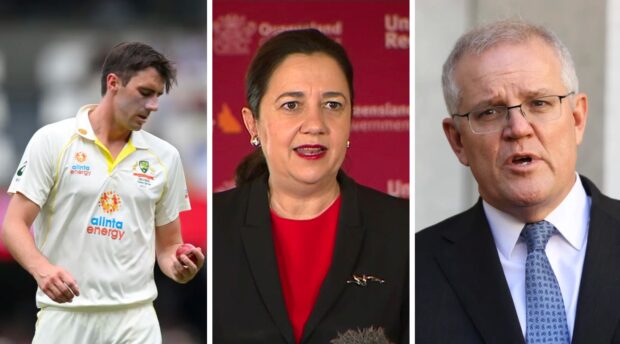 A furious Scott Morrison says Queensland Premier Annastacia Palaszczuk should be doing more to ensure Australian captain Pat Cummins can take part in the second Ashes test starting in Adelaide today, after the fast bowler was ruled out due to a COVID-19 scare.

Cummins was deemed a close contact of a positive COVID case in Adelaide and will need to isolate, a decision which Morrison says the Queensland Premier should never have allowed to happen.

“This just shows a lack of imagination by the Queensland Premier,” Mr Morrison said. “Australians were promised by Ms Palaszczuk that Queensland would be opening up, and now we have the Australian test captain unable to play in South Australia. It’s not good enough.

“I’ve spoken to Ms Palaszczuk this morning and made it clear she needs to get this sorted out very quickly. Unfortunately, so far she has been unwilling to take responsibility”.