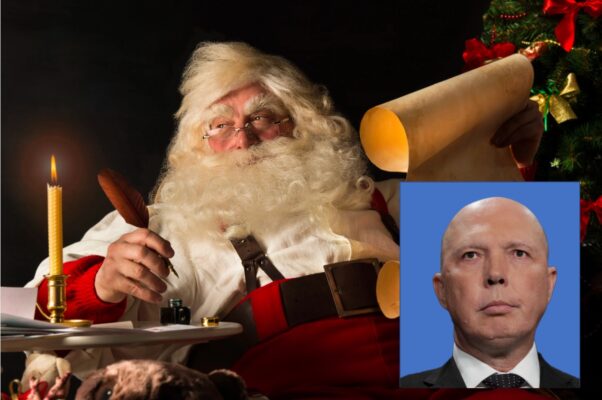 The government will access data from Santa’s naughty and nice list as part of a range of new measures it says is necessary to keep Australians safe.

Senior Coalition minister Peter Dutton said he made no apologies for the policy, pointing out that most Australians had nothing to be concerned about. “If you’ve done nothing wrong, you’ve got nothing to worry about,” he said during a radio interview this morning. “But if you’ve said mean things about me behind my back, or had mean thoughts about me, then obviously I’ll be using Santa’s intel to track you down and prosecute you for defamation”.

The ‘Santa Interception and Access’ legislation, passed today, allows the Government access to Santa’s records where it deems something unAustralian may have been said or thought by a citizen. Under the act, Santa will need to retain records for at least two years. It is expected to lead to a spate of new defamation cases brought by members of the government against ordinary citizens.

While this is the first time the Government will have access to the data, parents have for years been able to access it whenever they want to.