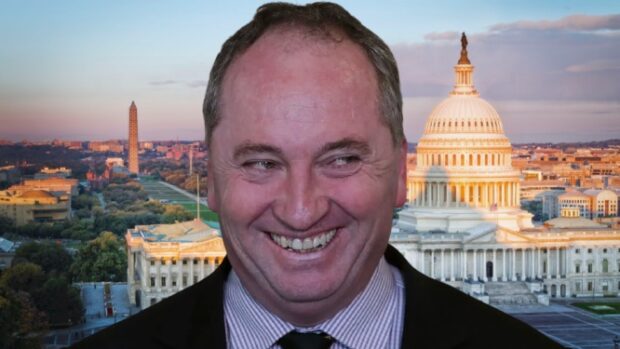 Americans are experiencing severe symptoms including incoherent speech, flushed beetroot-colouring of the face and ‘wandering eye’ after an outbreak of Barnaby Joyce in the country. It comes after a failure of border quarantine saw the Australian Deputy Prime Minister enter the country unimpeded.

The ‘Barnicron’ variant is believed to be more mutant than previous strains of the Common Politician – being able to fluidly change its views with no regard to ideological consistency – making it more ignorant, unaccountable and willing to sleep with staffers.

The variant has already done considerable damage to the Australian social and political sphere, and there are fears the variant may outcompete other strains and become the dominant strain worldwide due to low inoculation rates against misinformation.

Australian authorities have apologised, saying they “wouldn’t wish this on anyone’

The virus is being held in isolation until further notice.