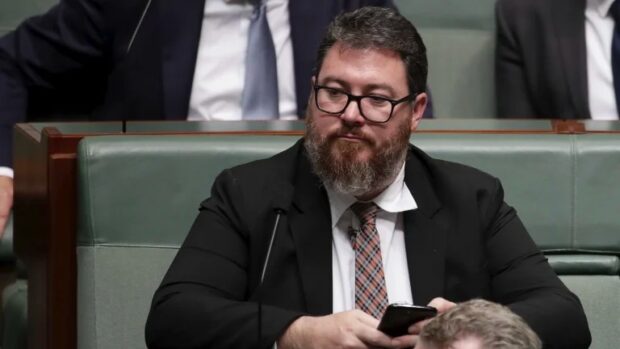 Nationals leader Barnaby Joyce says he is running out of patience with MP George Christensen and will dispel him from the party if he stuffs up three or four but more likely eight or nine more times.

Mr Christensen has called for parents not to vaccinate their children and appeared on the US conspiracy show InfoWars where he laughed at comparisons between Australia’s COVID-19 quarantine facilities and Auschwitz, leading to a furious dressing down from the Deputy PM.

“I gave him an ultimatum. Three more speeches downplaying the significance of the Holocaust and then that’s it, you’re out,” Joyce said.

Christensen also called for people to protest at Australian embassies, earning the ire of the ire his leader. “That’s the third last time you go on that show!” Joyce shouted, saying he had reached the end of his tether.

With Christensen refusing to listen to Joyce, the Nationals leader said he would count to five. “One. Two. Two and a half. Two and three quarters. Two and five eights. Don’t test me!”