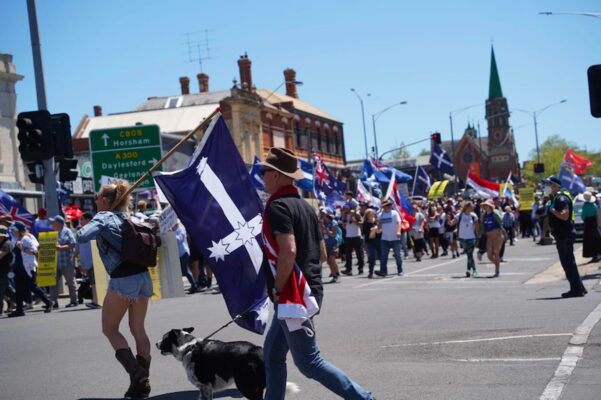 Anti-vaccination protesters have descended on the Victorian town of Ballarat, the site of the famous 1854 uprising when gold miners shared YouTube videos warning of the hidden dangers of mRNA vaccines that doctors don’t want you to know about.

Holding an array of signs and chanting ‘my body, my choice’, the crowd re-enacted the time Peter Lalor referred to a thread he had read on 4chan that proved the Victorian Government was run by a cabal of Satan-worshipping paedophiles funded by Microsoft co-founder Bill Gates.

“Do your own research on Google,” and “You don’t know the truth until you’ve watched this very specific dash-cam YouTube video”, they chanted, evoking the moment when the Eureka rebels explained to authorities the dangers of 5G and microchips that they’d read about on Facebook.

One member of the crowd shouted that he wouldn’t be voting for Dan Andrews at the next election, a reminder of the times the Ballarat miners weighed up who they would vote for at the regular democratic elections of the time.