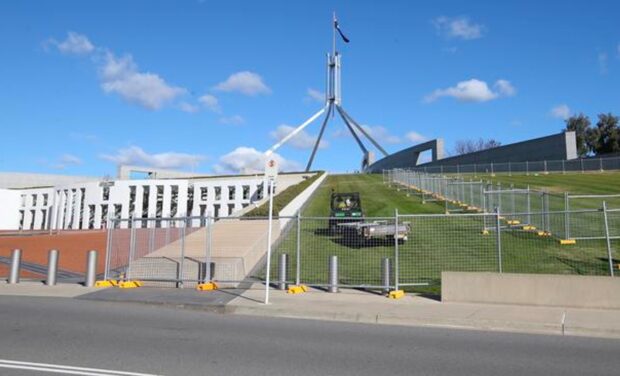 Federal police have erected fences around an area in central Canberra, saying it is unsafe for residents to visit, urging them to avoid the area where possible.

Police spokesperson Andy McCallum said the area was renowned for its seedy and at times violent nature. “This is an area that is frequented by drunks and other unsavoury characters. Visitors regularly report experiencing verbal and physical abuse,” he said.

“In the last week alone we’ve seen women growled at and told to ‘keep their legs shut’, as well as heard accusations of assault, intimidation and threatening behaviour. That’s on top of several reports of rape and physical abuse earlier this year. It’s seedy, it’s aggressive and it’s unsafe, which is why we’re advising people to avoid the area at night. And during the day.

He said people should only travel to the area if they absolutely had to. “As far as we know, there is no work being done in this location, so we see no reason why anyone would have a need to go there”.