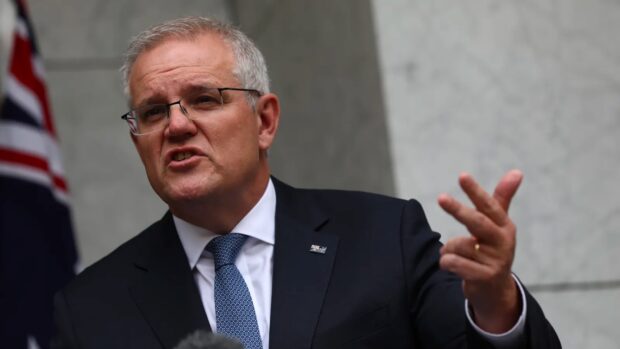 The Prime Minister has confirmed Australia will receive a state-of-the-art, purpose-built quarantine facility to deal with the new Omicron variant, expected to be in place around thirty-five years after the variant ceases to exist.

Mr Morrison said he had ordered a three-year review into the feasibility of the facility, after which he would sign a deal with France to build it, before secretly organising a separate deal with the United States.

“There’s still a bit of planning to do, and one or two international relationships to burn before we get everything up and running, so 2060 is an indicative date. But of course it could be longer than that, pending future negotiations,” he said.

The PM said the new quarantine facility would provide certainty for Australian businesses. “What this announcement today does is two things. One, it gives us hope that we’ll be able to defeat this new strain four decades after it peters out on its own accord. And two, it gives me something to talk about to distract from everything else that’s going on right now,” he said.

Some within the government have recommended using Australia’s new submarines as quarantine facilities when they roll off the production line in 2040, although experts say the subs are unlikely to be ready in time.