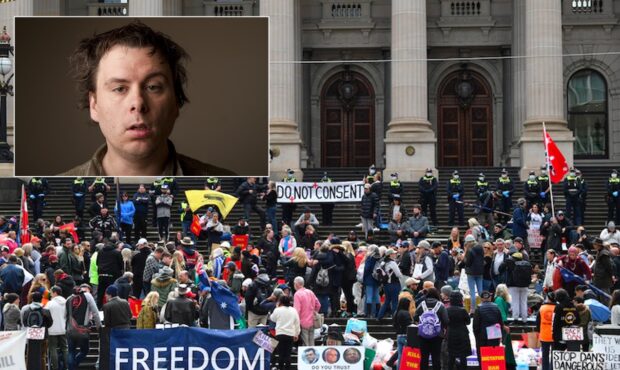 A protester in Melbourne who has been camped out on Victoria’s Parliament House steps for the past four days has told friends he won’t be able to make it out tonight due the restrictions imposed on him by his protesting.

“I’d love to catch a movie or grab a few beers – I’ve been wanting to do that for months. But unfortunately I can’t because I’ve got to sit on Parliament House steps for the next 150 hours straight protesting for my freedom,” Brad Smythson from Doncaster explained.

He said even doing Christmas shopping was off the cards. “Sounds nice, but I’m pretty tied up man. I’ve gotta stay within 50 metres of Parliament House or I’ll stop getting attention. The restrictions are pretty tight right now”.

He said the lack of basic freedom in Victoria was appalling. “That’s why I’m here. To let all of those people walking past on the way to shops and bars and cafes and restaurants know that they’ve lost their freedoms.

“I’m looking forward to this all ending so I can get back some sort of normal life”.