CLOSE
The Nation
“We still want the government in our lives thanks,” say fossil fuel companies 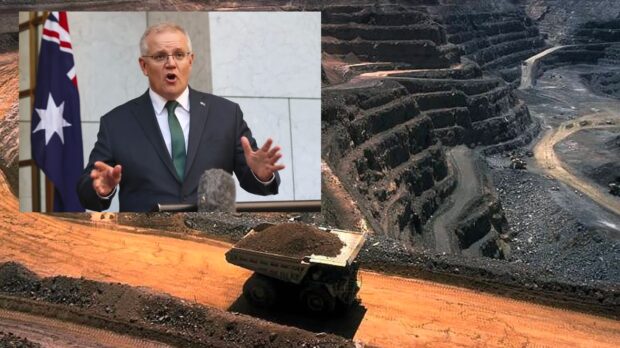 Following the Prime Minister’s claims that it’s time for governments to step back from Australians’ lives, fossil fuel companies across the country say they’d like the government to stay involved with theirs for quite a while longer if that’s ok.

A spokesperson for the mining, oil, gas and coal industries quietly pointed out that they wouldn’t exist without government intervention.

“All for laissez-faire capitalism, personal responsibility, the free market and all that, except for the bit when it means we won’t be getting $10.3 billion a year in tax-payer funded subsidies. So if the Prime Minister could just clarify that part of his statement, that’d be great, thank you,” the spokesperson said.

He said he broadly supported the Prime Minister’s stance. “Totally agree that we should lower taxes, reduce regulation, delay anti-corruption hearings, scale back environmental laws, yada yada yada. But let’s not talk about those subsidies shall we?

“I know he’s got to give the impression that he hates government spending and government intervention, because that’s what they say in the US, and people lap that shit up. And we need to give that impression too, because we have to maintain this image of powerful, independently-minded successful entrepreneurs. But it’s really important that, in reality, there’s actually a fucktonne of government intervention in our industry otherwise we’ll literally collapse. Thanks”.