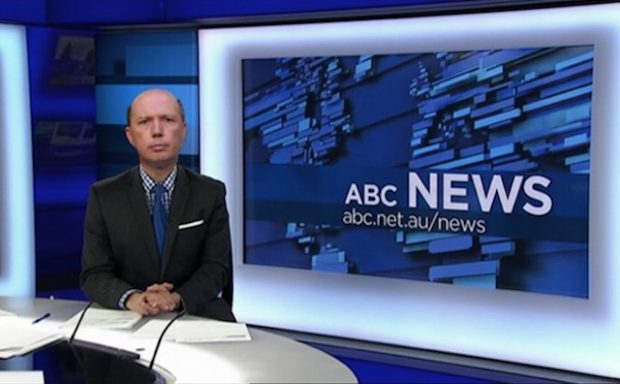 Defence Minister Peter Dutton’s portfolio has been extended to including hosting ABC’s seven o’clock bulletin, in a move designed to ensure Australians hear the right news.

Mr Dutton – who will take on the role in addition to his existing responsibilities – has extensive media experience and is seen as having a better grasp than his predecessors of the types of stories Australians should hear.

“Peter will decide what news comes in, and the circumstances in which it comes,” a colleague explained, saying it was a coup for the ABC. “The ABC will really set the agenda with Dutton behind the desk,” he said.

A senior ABC executive said it was a positive step for the national broadcaster, and part of the ABC’s vision to appeal to a broader range of Australian MPs. “I think it’s true that we have become a bit niche, that we’ve been slow to modernise. And I think it’s fair to say we’ve lost sight of what Australian Governments in the 21st Century want from their news”.