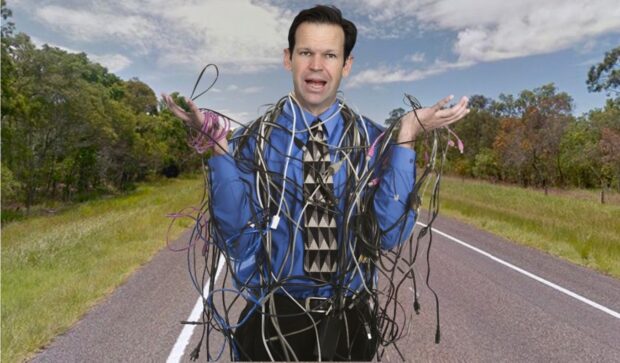 The National Party has raised concerns about the introduction of electric vehicles onto Australia’s roads, saying they didn’t think there would be an extension cord long enough to allow for long-distance driving in regional Australia.

Part-time Nationals Senator and full-time culture warrior, Matt Canavan, struck out at electric vehicle technology this week, saying, “if these things don’t end the weekend because they’re not backed by billionaire lobbyists, then they will end the weekend just from the absolute mess they’ll make. I mean if everyone is out on a Saturday in their electric vehicles, the roads will be absolutely littered with extension cords! I’m going to need about 700km of extension cord just to get to Brisbane!”

Canavan became even more confused when asked about his opinion on Hydrogen cell technology in vehicles. “Hydrogen? Well what is to stop everyone’s car just floating away like a balloon? And won’t it make everyone’s voice squeaky? Ridiculous!” he said.

This week a representative from the LNP assured Australians that someone has explained the difference between helium, the party balloon gas, and hydrogen, the most abundant element in the universe, to Senator Canavan.