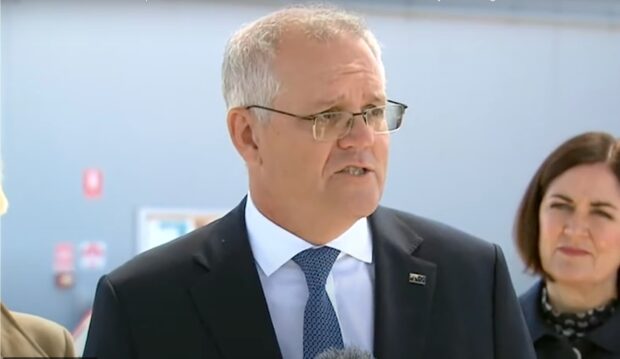 Prime Minister Scott Morrison has made another astonishing backflip, claiming he never actually was Scott Morrison, nor ever claimed to be. It comes a day after the PM said he never mocked electric vehicles even though 2019 footage exists of him doing so.

When questioned as to what spurred the change of heart on himself he said, “This is no change of heart, I’ve never been Scott Morrison. Not once. It’s simply not true.

“People are saying they wish Scott Morrison didn’t exist and that Scott Morrison wasn’t Prime Minister. Well, I’m happy to tell them that has always been the case. I am Nott Morrison, or as the media have been calling me for years, Nomo!”

The Prime Minister has appeared to be true to his word so far today, avoiding curries, haircuts and daggy caps. The nation now waits with bated breath as Nott Morrison is rumoured to try and hold a hose in days to come.

Despite the PM’s claim, critics say that the Net 0 Scomo policy will be much like the Government’s Net 0 climate policies – the same bullshit dressed up as something new. Nott Morrison is expected to announce the 2022 election in the coming days.