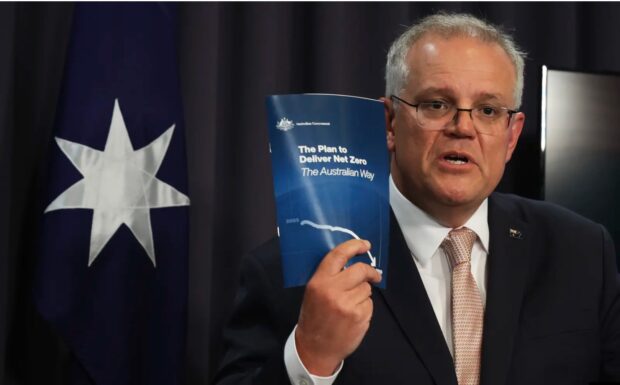 The Prime Minister has told world leaders at the COP26 climate summit that his country will use a uniquely Australian method for reducing emissions which will involve large corporations making anonymous donations of carbon to a blind trust.

Scott Morrison said the plan was a game-changer because the amount of carbon that could be captured was totally unknown. “People like to set targets. But why set a target when you can set up a blind trust and shirk all responsibility? When it comes to these types of things, I’ve always thought it’s better to have as little information as possible”